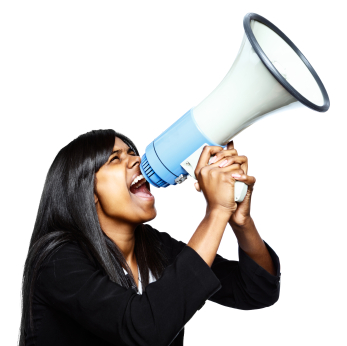 Well, it happens. Sometimes it even works. But in this case the wannabe marketer sabotaged their sales attempt from the off.

I might have been interested in what they were selling, but I never really got that far. As I was tossing their missive into my handy paper recycling unit, it occurred to me that they’d made a very simple, very common mistake that virtually always causes readers to disengage. They’d used the passive voice when they were supposed to be speaking to me. Bar outright insults and gross indecency, few things are a worse turn-off.

Here’s how they started:

We were born to help you etc etc?

Is that so hard? Not in my world. And then they did it again:

Really engaging – not! Would it have been too much for them to say:

We chose you for this offer because…?

Come to think of it, it wasn’t just the passive voice that irritated me, but you get the picture.

The point: The passive voice has a place in literature, and in legal documents, but if you want to engage your readers, use the active voice. Always. It’s a constant, a bit like the speed of light.